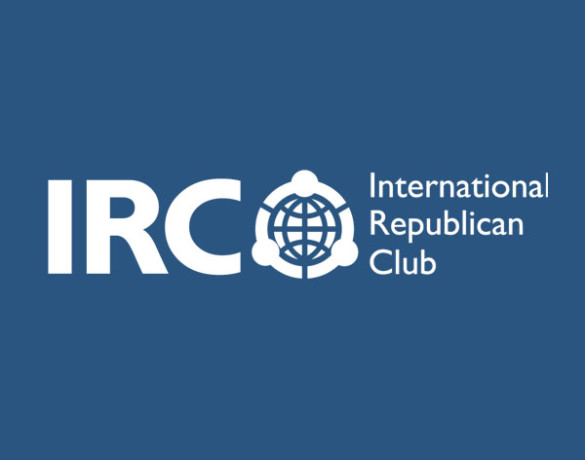 The opening of the International Republican Club was held.

June 13 at the Kiev Hotel, the first presentation meeting of the International Republican Club was held. The meeting was attended by about hundred guests, among them: Deputies of Verhovna Rada of Ukraine, politicians, experts, public figures.

The club is the platform for discussion of new and effective public models on the national and international level on the basis of the republican ideology.

The event was opened by Anatolii Pinchuk, president of the International Republican Club. According to him, the idea of ​​creating this Club arose when communicating with colleagues from the USA, Poland, and the Baltic States. “We have become aware of the need to find answers to the challenges that are now in the world. Especially as regards attempts to manipulate society from certain groups and countries. For Ukraine, this is definitely topical, due to the presence of such attempts by the Russian Federation and the local oligarchy. Why is the Republican Club? – because the republican ideology – is an ideology of the co-management of citizens by the country. Republic – is translated as a common cause, that is, the state as a common cause of citizens. Therefore, we are gathering like-minded people of such an ideology “- he said.

Serhiy Taruta, Deputy of Verhovna Rada of Ukraine stressed that the republican club would become a platform for constructive discussions with external partners, who now demand “supra-political dialogue”. “Republican ideology is based on values ​​that are important to every person. It is freedom, equality, economic prosperity. This ideology will help realize the values ​​of every Ukrainian, “said Taruta.

Oksana Prodan, Deputy of Verhovna Rada of Ukraine emphasized that one of the main principles of republicanism is the active participation of citizens and the minimal participation of the state in the control of managerial decisions. “At present in the Verkhovna Rada we are talking about a change of functions, division of tasks, change of one or another authority to reduce the influence of the state on society. Especially when we talk about a business that essentially feeds the state, “she said.

Her opinion was developed by the founder of the social and political movement “Rozvytok” Sergii Nosenko. He stressed that only in a functioning free economy. On a republican basis, a real inflow of investments is possible, namely, successful economies are the key to the success and strength of the country in the world.

During his speech, the head of the party « Osnova », Andrii Nikolaienko, said that some of the Osnova party’s positions coincided with the republican ideology. Therefore, within the framework of the International Republican Club, the party will involve and unite people as much as possible in the preparation of program documents that will contain both political positions of the party and republican provisions. “It will not just be internal party documents, but genuinely civil documents that meet their inquiries and requirements,” explained the politician.

People’s deputies Oleksiy Skrypnyk and Olga Bohomolets spoke about republicanism as responsibility and as the basis of harmonious interaction between citizens.

Member of the socio-political movement “Development”, People’s Deputy 7-8 convocation Yegor Firsov, told that at present in society there is a request for a republican ideology. “We still have a Soviet control system that needs to be eradicated, the birth of republican ideology can change the state system as a whole. In the future, it will be relevant to hold meetings of the International Republican Club not only in Kiev, but also in the regions of Ukraine “, – said Firsov.

The organizers stressed that the club meeting will be held regularly on specific topics. And political and socio-political organizations, whose representatives are members of the club, must implement these developments.